I took part in my first press event last evening, with another dozen or so representatives of the tailoring trade. It was great fun catching up with some of the other Tailors’s who I don’t get to see every day. My helper for the evening again was my beautiful girlfriend Celia. We showed off my own overcoat, this has been made up with a guards back and a inset velvet collar. My second garment we decided on displaying was my own sports jacket made up single breasted with peak lapels and slanted pockets great for travelling maybe wearing with jeans or brown whipcord trousers. I also took along a fitting that I had tried on during the day, this was an 8oz super 130’s Eaton Scabal cloth. I also took along the paper pattern I had cut for my client and the shears that I use to do so. This  was to show the way I like to work which is in the Savile Row traditional way, that I have been lucky enough to have been brought up on. (Not sending the suits away may be over seas to a factory!) I thought you may like to take a look at a few of the photo’s that where taken last night. Nearly forgot! I was giving away an envelope filled which information about my tailoring bussiness and have some left over if any one is interested please e-mail me with your name and address and I would be delighted to pass one on. 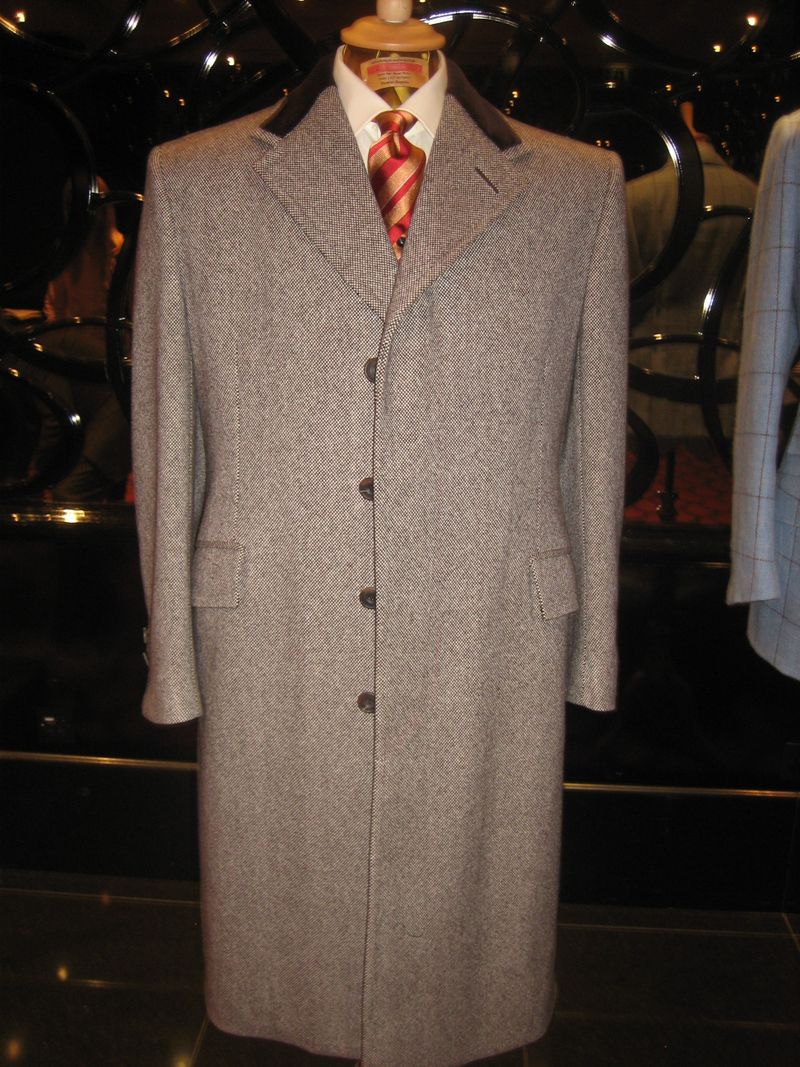 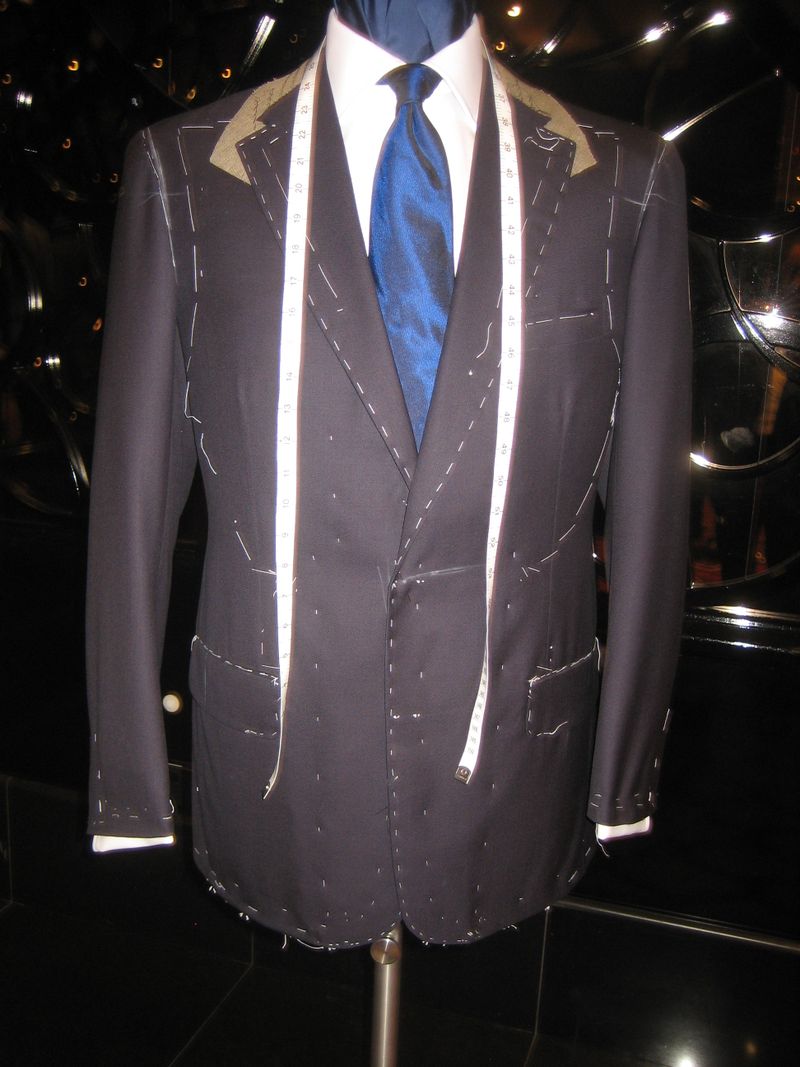 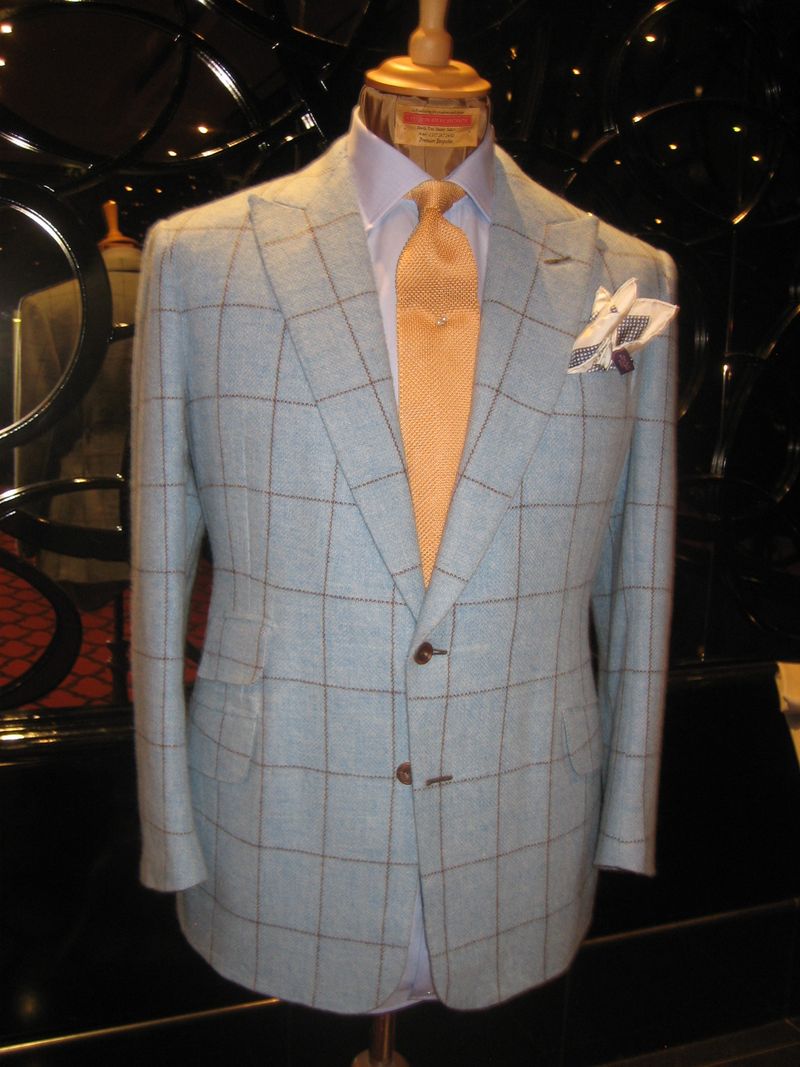 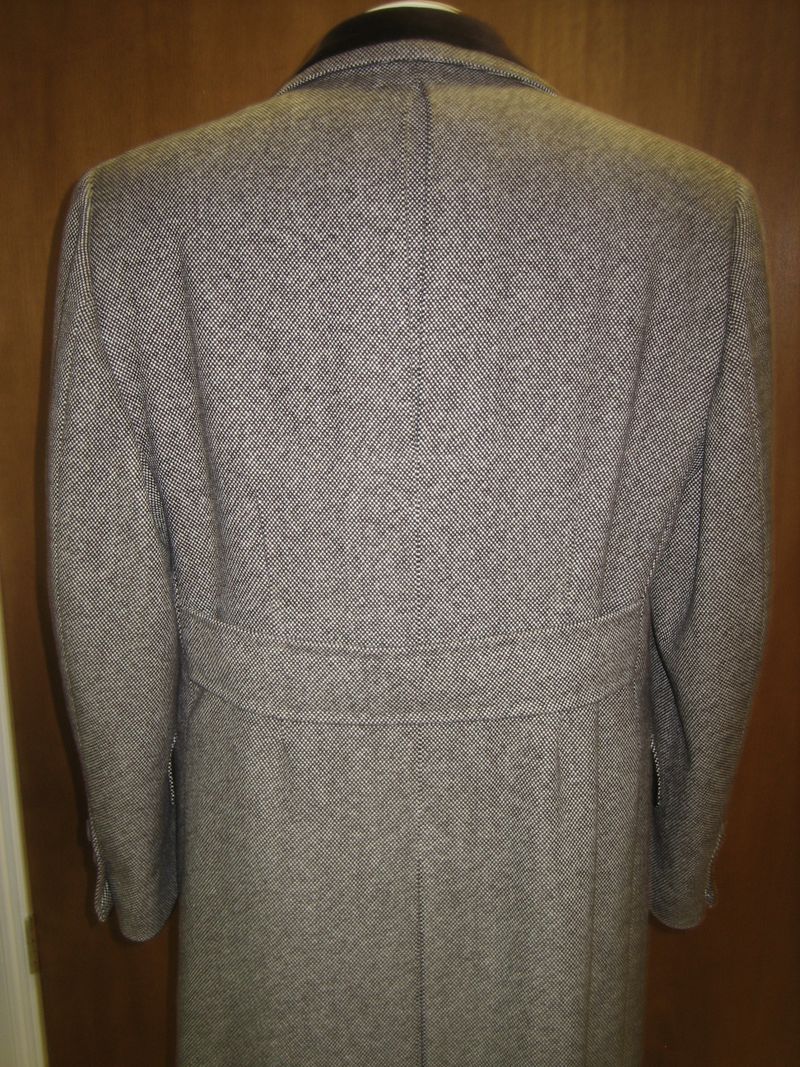 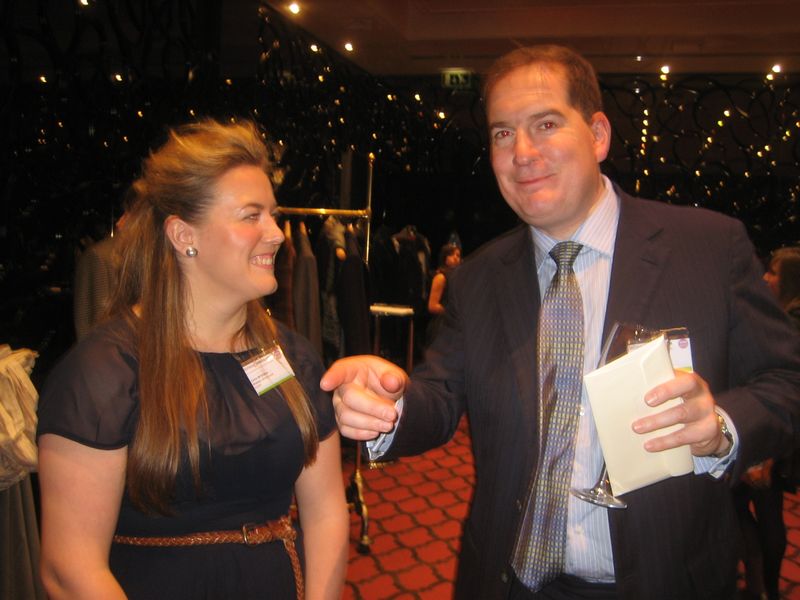 Celia with Nicolas from Holland and Sherry